Case Study: how Rock Content increased their Time On Page by up to 43% 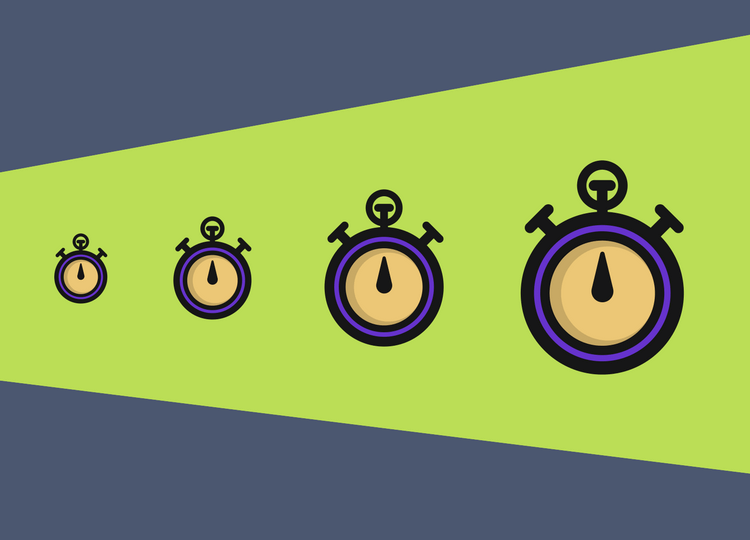 No time to read? Press play above and listen to the article!

If you are familiar with Google Analytics, you know the importance of the Average Time on Page KPI. It indicates how much time, on average, your visitors spent on a specific page.

It is one of the main indicators of a blog, as it reflects how engaged your visitors are.

Moreover, a SEMrush study found that the time people spend on a website is the second most important factor in a website’s organic ranking. This shows how important this indicator is in a SEO strategy.

Knowing the relevance of Average Time on Page, in early 2017, Rock Content started a series of tests with VOOOZER to improve the performance of this indicator on the company’s main blog.

Rock Content, like so many other companies, invests in the production of quality texts for their public and, therefore, they expect people to consume such materials. But as we know, the amount of relevant online content grows every second and our available time to consume it remains the same.

The consequences of this scenario is seen in people’s behavior. According to one of our surveys, more than 80% of people say they can’t read everything they would like to on the internet. This is alarming data for any company that invests in the production of texts for the internet, such as articles and blog posts.

Your blog may be big or small, talk about technology or fishing and your texts can be of great quality and yet most people may not have time to read them, even if they are interested.

Understanding and accepting this scenario, Rock Content, which in 2017 was focused on increasing engagement with its visitors and, consequently, the Average Time on Page, decided to innovate and ran a  test with audio posts.

Rock Content already had great texts focused on their buyer persona and ranking really well on organic search results, but it was clear that they could increase visitor engagement. Obviously, giving up the text format was not an option, as it has immense strength in SEO, generates traffic and is already widely consumed.

The logic, then, was to add another format to the blog posts.

Audio was chosen as a complementary format for its practicality and suitability for people’s behavior. If a person does not have the time or willingness to read, they could listen to the same content. Word for word, just as it was written in the original blog post.

The key point of the audio is clear: we can listen in situations where we cannot read, such as while driving, walking on the street, doing the dishes or while doing so many other activities. Thus, offering a narration of the text, along with it, increases the chances of your visitor consuming your material.

In this scenario, the audio posts proved to be a strong candidate to increase the visitor engagement and, consequently, Average Time on Page.

Due to its level of expertise, Rock Content decided to do a controlled test with almost 10 blog posts – these contents were already well ranked on organic search results and had great traffic. Thus, it would be possible to collect a relevant volume of data to assess possible variations in the Average Time on Page indicator.

The posts selected, at the time, had been online for at least 4 months. Each text was narrated, word for word, and then each narration was published with the original posts, exactly as in this blog post that you are on.

It is important to note some relevant points that certainly had a positive impact on the results:

After months of data collection, the results were ready to be analyzed. Analyzing the average of the posts, the Average Time on the Blog Posts increased by 10%. The biggest increase was 43% for a given content.

It is worth mentioning the results of 2 posts that Rock Content considers super strategic and that has keywords with great competition in SEO. And since they are already champions in search engine results, they are articles more difficult to optimize.

The first one had its Average Time on Page increased by 13% and the other one by 12%. Therefore, the maxim “if it ain’t broke, don’t fix it” is not valid for a digital marketing strategy or content marketing.

It is worth mentioning that the increase in Average Time on Page is a consequence of something perhaps even more valuable for your content marketing strategy: the increase in the engagement of your visitors and the increase in consumption of the material produced.

Visitors that would not read the texts due to lack of time or disposition, can effortlessly listen to the contents.

Just as a blog post can be optimized through content update, by adding new references or by making a SEO best practices revision, it can also have its engagement and results greatly improved by simply getting an audio version of the text content.

If you would like to increase your visitors’ engagement, average time on page and enhance your SEO by adding audio posts to your blog, get in touch with out Audio Marketing experts.

VOOOZER is an Audio Marketing platform that increases the reach of your content through audio and optimizes Content and Inbound strategies. We have already narrated over 14,000 audio posts for our clients, that generated more than 140,000 hours of streaming, leveraging their content experience, SEO and lead generation.

We were selected to be part of class #4 of the Google for Startups Residency Program, a program for promising companies in rapid growth stage. This also means that our audio methodology will, for sure, strengthen your SEO.